skip to main | skip to sidebar

Ahjahman Banyon Rogers Frazier, also known as K.B., KYNGEBAMME, and/or as well as TRILLION HOUDINI delivers yet another incredible blow to the industry performing in front of 10 Million people worldwide.

Nearly 90% of the viewing audience, when informed that Mr. Frazier had been performing, undetected by the entire audience, responded in shock after being informed that he had been exposed to mainstream performances disguised professionally as other artist to protect his identity. One viewer, Phylis Smith exclaimed "It seems almost unreal!"

After generating nearly $5,000,000.00($5 Million Dollars) in revenue within a 10 day period, even industry greats were amazed at not only his ability to deceive the eye within professional cover, however, also the amazing ability to generate income without making much of an effort. 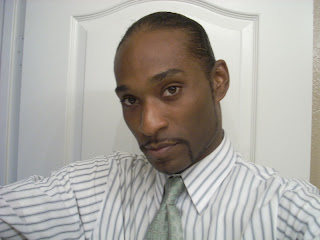 When asked how he did it, Mr. Frazier(Kyngebamme) responded "I just do what I love and the rest is natural".

It is definately another concept and/or angle when it comes to performing as other people, however, we look forward to Mr. Frazier (K.B.) performing his own rhythmic tunes(compositions in verse) within the Rhythm and Poetry genre in the very near future.

Sources report that Mr. Frazier has been offered as much as $7,000,000.00 to pack the Staples Center in Los Angeles while broadcasting world wide on Television, Cable as well as Myspace Networks collectively.

While BET as well as MTV networks negotiate just who will turn the Industry's latest Industry Gazillionaire's most recent Pilot Show 'The Right Way' L.A.'s Top 10 Number 'ONE' Video Show(myspace.com/therightwaytop10), now becoming an International Hit, into a household name, KYNGEBAMME continues to produce shows such as the new reality show originating from the Southern California Inland Empire area 'The I.E.'.